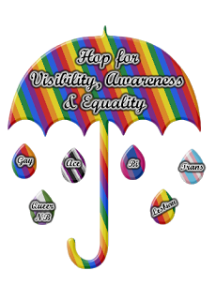 8 thoughts on “Hop for Visibility, Awareness and Equality”