Yes, I have again been somewhat AWOL from the blogosphere—but I assure everyone it has been for good reasons! In my absence Saturday Seductive Studs has morphed into Seductive Studs and Sirens—we’re taking on a broader focus, which can only be a good thing!

Have no fear though, I am continuing with my work in progress, A Summer of History. If you’re new, you can catch up with Ryan MacDonald and Scott Jackson’s clips here. 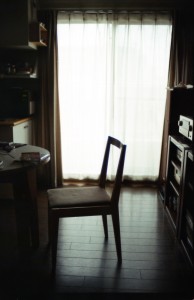 Scott just didn’t seem to get it—a little kiss and tickle didn’t make up for what he’d done. He’d violated their agreement by violating their home. Ryan wasn’t jealous of his affairs; secretly, he’d resigned himself to that aspect of Jackson years ago; but he was jealous of his home, his personal space with Scott—that was his alone. Why was it so hard for Scott to exercise any sort of self-control?

A thought crept up from his subconscious: Why are you accepting second place? Ryan worked to squelch that line of inquiry. Nothing lay in that direction except to rehash a lot of old hurts. But he was worthy of first place, wasn’t he? At least in his own home, right?

Not seeing anything positive down that road, Ryan topped off the mug of coffee and headed for his laptop to continue planning his field research.

Thanks for reading! Be sure to check out more Studs and Sirens here. 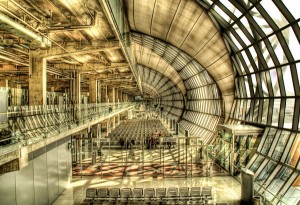 We are continuing along with Summer of History:

Saturday was gray and overcast, a low pressure system having moved in from the plains. The weather matched Ryan’s mood—bruised and livid. After Scott’s ‘make-up sex,’ Ryan had showered again and spent what was left of the night tossing on the sofa. Sometime after dawn he had dozed off, only to wake when the loft’s door had clanged closed.

He sat up and scrubbed his face with his palms. Not enough poor sleep had done little more than leave him fuzzy and irritable; it was like a wet wool blanket lay over his brain:  thinking was scratchy and uncomfortable. Shambling to the kitchen, he found that Scott had brewed coffee before leaving; he’d also left a note stuck into the top of the coffeemaker. Gone to lab. Oddly, Grandville College referred to any class-related workspace as a lab; so Jackson’s studio at the college was the Life Studies Laboratory. Who’da thunk?

Hoping to exorcise the malaise from his brain, Ryan poured a large cup of the Jamaican blend and dosed it liberally with sugar and cream. He leaned against the counter’s edge and contemplated the purple expanse of clouds that obscured what was normally a really impressive view. A storm is coming, he thought. And not just out on the streets.

Thanks for reading! Be sure to check out more Studs here.

I am continuing with Ark:

Luk had made progress about halfway around the room when he shifted a box atop the shelving only to hear something go rattling down behind the rack. The shelves looked as if they were affixed directly to the wall. Getting down on his knees, he moved the items on the bottom shelf and tried to reach whatever had fallen. He could go no farther than the back of the shelf, which made an odd thump when his hand hit it. What he had thought was wall was actually a panel across the back of the shelves. That’s strange, he thought. But that means there’s a space behind them!

Be sure to check out more Hump Day Hooks here.

Today’s hook continues with Ark, showing us more of what’s going on with Luk:

Master Jon stood before his bank of equipment, making notes on a compad, and looked up as Luk entered the laboratory. “You’re early, Luk! Everything all right at your studies?”

The Tutor had always taken an interest in Luk’s doings—his questions gave Luk a warm, comfortable feeling in his chest. That made it easier to deal with his classmates.

“Yes, Master Jon.” The answer came out like a squeaky rasp. He coughed to clear his throat. Lately his voice had been sounding strange.

The Tutor cocked his head. “Anything else you might want to tell me?”

Luk’s face grew hot. He had more of that hair growing. It was under his arms, on his belly, even down there—between his legs. He had taken to using a knife from the mess hall to cut at it, but it just kept coming back. Luk shook his head. “No, Tutor.”

“Very well.” Jon continued to look at Luk, who examined the nearest piece of equipment. Finally, Jon returned to his notes. “Today I would like you to inventory and organize the back storage room.”

“Yes, Tutor.” Luk called up the inventory protocol on his compad and made his way through the research lab. At least this work would keep his mind busy and off the tingly sensation Master Jon gave him down there.