Greetings, all! Saturday has come again and it’s time for some Seductive Studs!

We are returning once more to The Greek Room. If you’re new or would like a refresher, click here. 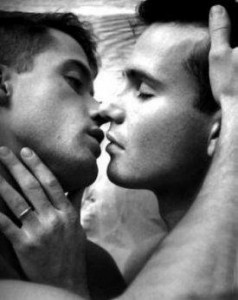 Gripping James by the neck, Christos captured those full lips and drove the Englishman backwards to the bed. Before he had even rumpled the counterpane, James had undone his tie, ripped open his shirt and was pushing Christos’ coat off his shoulders. The Greek youth released his companion just long enough to fling the jacket away and scramble out of his own clothing. James used the respite to shrug out of his braces and kick his trousers aside before lying back on his elbows and massaging his rising erection. “Oi, mate! You’re bloody fuckin’ gorgeous.”