I know… long time no see! Lots of irons in the fire—edits, a mystery I’m plotting, plus the usual writer’s ADD. But it’s Hump Day… and time for some hooking!

I’m doing a little more from Seawrack today, so if you’d like to check out the first bit, click here.

Doctor Livingston had been gracious enough to provide him this reference—although Jesse suspected in his heart that the position was somehow less than desirable—yet he was grateful to have even such a thin opportunity for a new start in this damp, sodden town. Only his grandfather’s letter to Livingston, a colleague from Papa’s days in seminary, had secured him this small piece of fortune.

With a muttered prayer, he pushed aside his dark thoughts and knocked upon the great front door. The soggy morning air swallowed the small, dull sound, and Jesse wondered how anyone not immediately near the door would hear it. 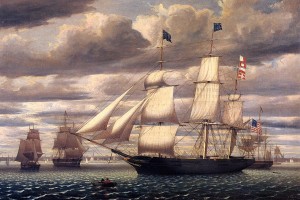 His belly rumbled. Ill with anxiety, he had broken his fast with nothing but half a biscuit and one or two sips of water. He’d not felt so sick since he had taken ship in Norfolk. Four days he’d been unable to eat, lying weak and nauseated in his cramped, smelly cabin. At least I’m not in prison.

He rapped again, fearing he might bruise his knuckles. This time the knock was answered by the sound of heels on hard wood. The door opened to reveal a tall, elegant older gentleman.

Jesse swallowed with difficulty, yet thrust his hand forward. “Good day, sir! I am Jesse Masterson. I’ve come for the position—Doctor Livingston sent me.”

The man eyed the outstretched hand, one brow eloquently arched. “Ah, yes, the tutor.” He stepped back. “Come in.”