Greetings, all! It’s Saturday and time for Seductive Studs!

We are continuing with Summer of History. To catch up, click here.

Making some progress on the field trip had lightened Ryan’s mood. He was still pissed with Jackson and his lack of compunction, not to mention disappointed in his own lack of resolve, but he wasn’t seething about it anymore. In order to distract himself he tried to focus on grading essays, but his thoughts kept wandering back to Conall Shaughnessy. He kept listening for the ping of incoming mail, willing Conall to respond. 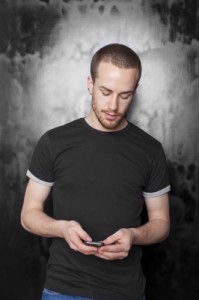 His cell phone buzzed. Flipping it open, he found a text from Jackson. Meet 4 lunch?

God! That was just like him. Ryan knew that Scott was going to want to discuss the blow up. He always sought to intellectualize what to Ryan was an emotional issue—their relationship. And doing it over lunch made it difficult for Ryan to express just how really pissed he was. Why do I let him do this?

Knowing that a refusal would just prolong the inevitable, Ryan replied, Where?

Oh, hell no! No way was he going to do this in view of any colleagues. He texted back, Not in mood 4 ptomaine. Manley’s in 45.

Shutting the phone, Ryan headed to the shower.