Greetings, all! It’s time for some Seductive Studs!

This week we are rejoining The Greek Room. To catch up or for a refresher, click here.

Robert Evans, Earl of Corbridge, was not a young man—not quite a geezer, but almost. Grey-haired and professorial looking, he wore a polka-dot bow tie, burgundy silk waistcoat with charcoal-grey trousers and coat. Still tall and straight, he placed the book he had been holding on the desk next to the opened letter and came around the expanse of wood, extending a hand.

Christos had never met an earl. He didn’t know if he was to bow over the proffered hand or to shake it. Lord Evans seemed affable enough, so he matched the handshake. The Englishman’s grip was firm and dry. “And… and to you, your Lordship.”

The earl smiled. “Have a seat. What’s your name, lad?” 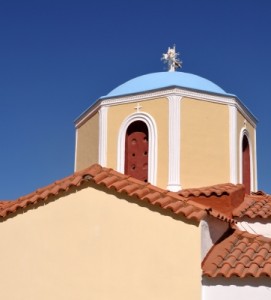 “Christos, sir. Christos Stefanopolous.” He took the indicated chair, perching on the very edge, despite its plush invitation.

“Was, sir.” Christos interrupted, holding the memories at bay. “He was my father.”

“Ah, I see.” Lord Evans seemed to deflate a bit, as if his years weighed a little more heavily. ”My condolences.”

“Thank you, sir,” the young man whispered. That seemed the millionth time he’d heard those words. Their entire village had attended the funeral, crammed into the small church of St. Sebastian alongside men from his father’s army command. So many murmurs of sympathy, so much sadness.

Be sure to read about more Studs and Sirens here.