Greetings, all! Another weekend is upon us, which means some more Seductive Studs and Sirens!

It is time to return to The Greek Room. This week we get to see things from James’ perspective. For a refresher or to catch up, click here.

James could feel the Greek’s eyes on his back.

He did feel kinda bad for the blighter—James was a wanton eavesdropper and had overheard Christos’ story—but he was still jealous. Six years he’d worked for the randy old bender, come with him up here to north bum fuck Egypt, leaving behind the posh and comfy townhouse in London—and now this bloke shows up outta nowhere and gets a suite! It was horse shite!

Not that this Greek chap wouldn’t be a handsome addition to the household—certainly easier to look at than Charlie the groom. Although Charlie did fuck like a grenadier.

But… if the bleedin’ muck snipe did have somethin’ in with the old man, then it probably wouldn’t hurt to be on his good side. Bloody diplomacy! 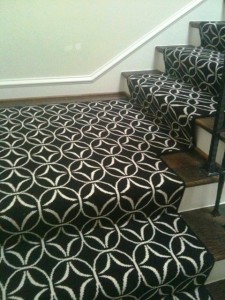 James paused on the landing and faced the newcomer. “Look ‘ere, mate. Sorry ‘bout that bit at the front door—old man Evans don’t like being’ disturbed over much. Jus’ doin’ my job, ya know.” He extended his hand. “I’m James.”

The hand that grasped James’ was long-fingered, rough and callused. Definitely not the poncey kind of hand that James had expected. “Welcome to Dunbarton ‘All.”

James especially liked those green eyes. The footman looked at the young man, actually took a moment to see him—and what he saw was quite nice. Perhaps his bein’ here won’t be so bad after all.

Be sure to check out more Seductive Studs and Sirens here.