Hi, everybody! It’s been a bit since I’ve hopped along, but I’m back this weekend with some more from my swords and sorcery menage story, Radiq. To catch up with what’s come before, click here.

His father’s oration was sure to immobilize any of the guests that remained awake; Vadim was already numb from Almarga’s conceited and self-aggrandizing disdain of all things Thessalian, which she didn’t bother to hide—even from her future son-in-law. Then why I am marrying your daughter?

He knew that answer unfortunately. The long-running border struggle between the two countries was draining resources—gold, horses, men—faster than either kingdom could replenish them. So to resolve the conflict, he and Allianna were to be sacrificed on the altar of political solution. Not that he had ever expected to be able to marry for love—he was the Crown Prince, his father’s only son—but Corusq had never figured into that calculation.

The arithmetic of his future had always counted that he would do his duty in spite of the pull of his own desire. Vadim had at least considered the possibility that he might come to care in some fashion for his future wife. However, Allianna was cold. Not shy or aloof—that he believed he could have coaxed her away from—but unfeeling, unempathic. Her violet eyes were empty; he would have said soulless were he inclined to be spiritual.

Not like the desire that smoldered in Radiq’s sapphire blue gaze.

Visit the other great stops–

It’s time for another clip from Radiq. To check out was has gone before, click here.

Vadim, as if aware of Radiq’s scrutiny, turned to scan the room, and their eyes met. That oh-so-familiar tightness clenched Radiq’s chest, and he forced himself not to turn away while forcing his lungs to pull air. A nod and an elegantly raised eyebrow, and Vadim returned his attention to the fat cow who ruled Corusq.

The music droned its way to silence; the dancers applauded politely as they returned to their seats. Darvos raised his goblet, and old Borsha thumped his staff on the tiles, silencing the murmur of conversation.

Gods damned! Retreat from the hall was now impossible.

“Honored guests, friends, and family,” Darvos’ voice boomed across the space as he glanced along the high table. Dozing guests were elbowed awake—it wouldn’t do to sleep through the King’s speech—and Radiq settled against a pillar; Darvos was well-known for lengthy and rambling perorations. “Let us raise our cups to toast the bright future of our countries.”

Check out the other Seductive Studs:

Time again to visit some Seductive Studs and Sirens! Today we are returning to my swords and sorcery menage story, Radiq. For a refresher or to catch up, click here. We find Radiq rejoining the engagement celebration:

The guardsman slipped easily into the grand space, nodding curtly to his men as he strode in search of more wine; sketchy salutes flashed as he passed. Here and there some bleary-eyed celebrant would acknowledge him. What eyes were still open in the hall were focused predominately on either the swaying dancers or the dazzling head table. It’s not as if the Captain of the guard is so important, compared to the worthies seated above the fray. 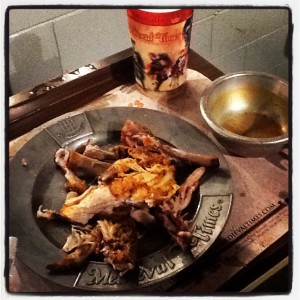 Set at the height of a man’s waist, the high table hosted an amazing array of gold and silver service ware. Plates and platters, bowls, flagons and flasks, cups, tankards and flatware littered the rich tablecloth. The kitchen staff must have emptied the pantries to serve such a selection, although this late in the banquet most of the serving dishes held little more than well-gnawed bones and grey, congealing grease.

Radiq skirted along the back wall. He clung to the shadows—and occasionally the wall—in order to avoid becoming entangled by the festivities. Despite his best efforts to focus elsewhere, Radiq found his gaze wandering to the dais, where the Crown Prince’s head of dark curly hair bent to listen to his dinner companion.

Another week gone, and time for some Seductive Studs! We are having a visit with Radiq, my swords and sorcery menage story. To catch up with prior clips, click here. We rejoin Radiq, sitting in the stable, drinking alongside his horse.

Despite the increasingly bitter taste, Radiq swigged again from the flagon, toasting silently to Jessel, who gazed at him with liquid brown eyes. “I know, I know,” he mumbled. “I should be celebrating too. End of hostilities, beginning of a great dynasty, such a good match.” He burped. “All that fucking happiness!” Another long pull at the red wine. “But, what about my gods damned happiness?”

Jessel nodded knowingly and snagged another mouthful of fodder.

Radiq drank from the flask and gestured widely. “Does not my loyalty, my devotion, entitle me to some consideration?” He knew he was feeling sorry for himself, but only here, beside this mountain of horseflesh, could he let his guard relax even slightly. “You, Jessel, are a good friend.” He leaned forward to stroke the stallion’s neck. “Never do your eyes promise what cannot be.” 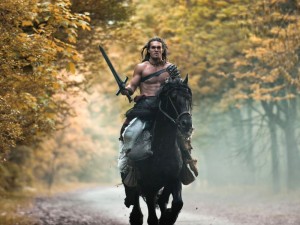 Sorry to have missed out last weekend—Saturday came and went before I realized it! But this week I’m on the ball and getting ready ahead of time. I’m continuing with Radiq, my swords and sorcery story, so if you need to catch up, click here.

The House of the Red Mages rose to dizzying heights to dominate the Qedoqi skyline; towers and minarets with gilded roofs adorned the building, which looked like nothing so much as a great crown atop the Mauravi’in Hill. Its gates, black and solid and streaked with rust, were barred now during the midday rest. 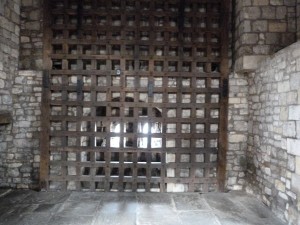 The First Sword of Thessalia reined Jessel to a halt within the deep shadows of the great entrance. His nerves crawled with the sense of being watched; that discomfort angered him, and he called out sharply to the guardhouse, “Make way for the envoy of Crown Prince Vadim, heir to the throne of Thal Thessaly!”

“We know who you are, Radiq, son of Thorrim,” replied a voice from the shadowed gate house, “and we know why you have come.”

Hearing his father’s name on the tongue of some lout only irritated Radiq more. “Then give me the answer I seek, and I shall be on my way,” he shouted back.

“The answer is Guild Master Marron’s to give,” replied the faceless voice as the gates slowly rose.

Marron? Guild Master? Great gods—what have I gotten myself into? He should have run when he had the chance.

Be sure to visit the other Seductive Studs and Sirens: 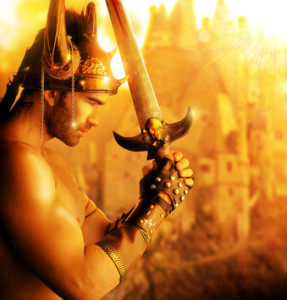