Greetings, all! It’s Saturday and time for some Seductive Studs! I’ve decided to stay with The Greek Room this week.

We rejoin Christos, standing before the pale, ochre door of Dunbarton Hall:

Christos attempted to relax, but his heart raced while he waited. Surely someone was at home. He was reaching for the knocker when the door opened to reveal a tall young man in a cutaway coat and black tie who squinted into the sunlight.

Christos smiled what he hoped was a charming smile, “Good—“

“Tradesmen at the rear!” The footman sneered and shut the door.

Taken aback, Christos stared at the entrance. He removed his hat, ran a hand through his blond curls, and knocked again.

As soon as the portal cracked open, Christos spoke, “I am no tradesman! I have come a great distance to see Robert Evans!”

The same young man replied, “Lord Evans is not at home… for you!” Again the door slammed in his face.

Frustration and despair surged in his chest. He had no other options. No home to go back to, no connections, no references—other than the old letter in his pocket. Christos vented that misery and vexation on the knocker as if he were beating it through the very wood.

Christos shoved his small valise across the threshold and dug in his breast pocket. Meeting the footman face to face, he waved a crumpled envelope at the servant. “I have a letter for Robert Evans! I must speak to him!”

Be sure to check out more Studs & Sirens here. 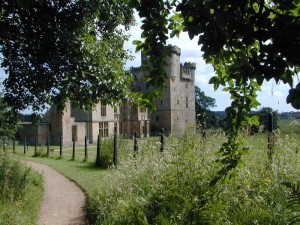