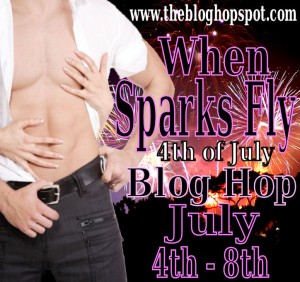 Welcome, everyone! And Happy Independence Day!

237 years and this most recent one has seen the greatest developments in GLBT equality in the US—but we still have some distance to go.

237 years since the words “all men are created equal, that they are endowed by their Creator with certain unalienable Rights, that among these are Life, Liberty and the pursuit of Happiness” were written. Yet the greatest nation on Earth still doesn’t offer true independence to its GLBT citizens, while 15 other nations (Argentina, Belgium, Brazil, Canada, Denmark, France, Iceland, Netherlands, New Zealand, Norway, Portugal, Spain, South Africa, Sweden, and Uruguay) have enacted national legislation to recognize same-sex marriage rights.

In addition 17 other nations have some type of civil union or registered partnerships (Andorra, Austria, Colombia, Czech Republic, Ecuador, Finland, Germany, Greenland, Hungary, Ireland, Isle of Man, Jersey, Liechtenstein, Luxembourg, Slovenia, Switzerland, and the United Kingdom). It’s also worth noting that a large number of these countries also offer health coverage to all their citizens and have actual gun control laws, among other 21st century innovations. 😉

Happy 237th Birthday! Here’s to many more to keep getting it more right! So let’s celebrate with some sexiness and let the sparks fly! 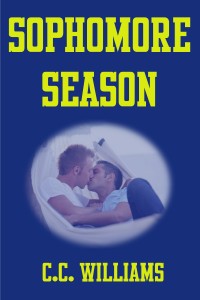 My second year omnibus collection, Sophomore Season, is now out in paperback and ebook! It features sixteen stories, including my most recent Grandville College novella, Side Effects. Today I’m posting an excerpt (adults only, please!) from Spit Shine:

“What’s the matter, Dan?” Ryan paused the Xbox, stilling a zombie in mid-explosion. “You’re pacing like a caged lion.” His big blue eyes gleamed, filled with concern. At 21 Ryan was really still just a pup, growing into his paws. And like a puppy, he was young, adorable and eager to please—or to follow any command I might give him.

I grabbed a handful of his straw-colored hair and messed up the carefully faux-hawked look, making him appear even more irresistibly boyish.

“It’s nothing.” I ducked, evading his attempt at revenge. “Just the usual Sunday evening blues: I’m thinking about the Myerson prosecution and really not looking forward to heading into the office tomorrow.”

“Then don’t think about it!” He shrugged, turning back to the undead invasion. Employing a machete and Uzi, he cleared the level. “You want to fuck?”

Slightly amazed, I looked up from the crossword I was trying to finish. “Ryan! For chrissake! You spent half of the night handcuffed to the bed, and I screwed the living daylights out of you in the shower this morning! How much more sex can your ass take, anyway?”

Over the years I’ve found it rarely pays to let your lover get too cocky. “Maybe later.” I pretended to stifle a yawn. “I’ve got to polish my shoes for the morning.”

“I’ll get the polish,” Ryan offered—a hint of mischief sparking in his eye. Something was up—Ryan and manual labor rarely occupied the same piece of space-time. Abandoning the video game, he vanished from the family room. Returning from the bedroom, he confirmed my suspicions—he’d changed out of the jeans and button-down shirt he’d worn to brunch. Dressed only in a torn, gray tee-shirt, white Jockey shorts, and a pair of dirty gym socks, he looked hot as hell.

“Ssh!” Ryan held a finger to his lips. Favoring me with a view of his tight ass, he rummaged under the kitchen sink and came up with the cardboard box I keep filled with various pastes and waxes. “One shoeshine coming up!”

He beamed, quite pleased with himself. After spreading out some old newspapers on the kitchen floor right under my feet, he searched through the shoeshine box for the black polish. “You might have to remind me how this is done,” he warned me. “It’s been a while.”

Curious to see just exactly where all this was leading, I decided to play along with his game. “All right, first you have to get all the dirt off.”

Immediately, Ryan dropped to his knees and began licking my black penny loafers!

I watched silently, not sure how to respond to him on all fours giving my shoes a thorough tonguing. We’d never done anything like this before—role-playing had always struck me as silly. Still, the sight of my boyfriend, wrapping his hot, wet tongue around my size 13 loafers, his Jockey-clad butt sticking straight up in the air, was proving to be a major turn-on for me. I rubbed the growing bulge in my jeans with the palm of one hand while my other hand inched its way underneath my tee-shirt toward my left nipple. I was seriously aroused.

Ryan lapped at my shoes, working for a good five minutes. “Guess they’re clean now, huh?” As proof, he stuck out his tongue. The sight of his luscious mouth, now black with grime, drove the air from my lungs and all my blood to my crotch. Instantly, my dick was rock-hard and filled out the tightly packed crotch of my jeans.

“Now I suppose I apply the polish.” Ryan grinned up at me, his head cocked to the side. What a pup!

“Dry them off first,” I ordered. “Otherwise the polish won’t adhere well.” I figured what the hell! If we were going to do this, we might as well do it right.

Grabbing a hold of his tattered shirt, Ryan ripped the tee-shirt off, exposing his tanned smooth chest. Tearing the grungy rag into thirds, he went to work, drying my left loafer while I worked my right foot up between his legs. His cock stood upright, stretching the pee-stained cotton of his shorts. I pushed my heel firmly against his stiff dick.

Still, a little discipline never hurt anyone. “Keep your mind on your work, boy,” I warned, removing my foot.

To celebrate the holiday and to reward our intrepid blog hoppers, I am giving away two e-format copies of my novella, Side Effects. To enter, leave a comment below with how you would like to make the sparks fly this holiday! Don’t forget to include your valid email address, as that is how you will be notified if you win!

Be sure to check out the other blogs where sparks are flying, just click here.

To purchase Sophomore Season, click on the links below:

In paperback or ebook:  Amazon